These Monsooned Malabar AA coffee beans come from India. An Arabica influenced by the humid air on the West coast of Southern India. For a mild cup of coffee with woody notes. Roasted in France. 250g coffee beans.

A Closer Look at Appellations:

This Indian Malabar coffee is a Terroir Coffee.

Find out more about the different appellations of specialty coffee on our blog .

What Marco, Coffee Roaster at Cafés Lugat, Has to Say:

The Story of Cafés Lugat :

Lionel Lugat is the legendary coffee roaster at MaxiCoffee . Over the years, he has surrounded himself with an expert team of coffee roasters.

This coffee specialist is also a judge in the French Coffee Championships and expert columnist for our coffee company! Lionel tells the story of Cafés Lugat and his passion for coffee roasting below.

More About this Coffee :

The commercial cultivation of coffee in India began in 1840, when the British established coffee plantations throughout the mountains of Southern India, where the tropical climate , high altitude, sunny slopes, ample rainfall and soil rich in humus content proved ideal for coffee cultivation.
Malabar is a region located on the south west coast of the Indian peninsula. The influence of the sea winds give this coffee all its typicity. The term “ Monsooned ” was invented following a transport accident. Shipments of Indian coffee beans bound for Europe via the Cape of Good Hope were exposed to high levels of humidity during their journey. Upon arrival, these coffees had a certain success in Europe as this quality was particularly sought after.

Monsoon Malabar coffee is prepared from Arabica cherries (“cherry” refers to dry-processed coffees in India). After grading, the coffee is transported to the coastal city of Mangalore where the “monsooning” is carried out in large openwalled warehouses.

During the rainy months of June through August, the coffee is spread inside the warehouses with very good aeration and ventilation at a particular thickness so that the coffee slowly absorbs moisture. After it absorbs sufficient moisture and bloats in size, it has to be periodically bulked and bagged and stacked so as to ensure proper and uniform “monsooning”. This process has to be carried out many times during the months of the monsoon.

After September, when the rains subside and the temperatures are higher, the ghostly white and swollen beans are sent through the final grading (gravity tables and hand-sorting) in order to obtain the Malabar export quality. The farmers not only produce coffee, they also grow pepper, cardamom, and oranges. Most of the farms are 80 to 100 years old and belong to third generation growers.

Cafés Lugat boasts a team of enthusiastic young coffee roasters who select exceptional coffees and create irresistible recipes just for you. Through their range of coffee beans, ground coffees and Nespresso® compatible capsules, their mission is to bring you the unique flavour and aromas from the world's best coffee-producing areas!

Their passion for coffee has even won them awards. Marco, the brand's head roaster, was awarded the French Barista Championship title at the 2017 French Championships. 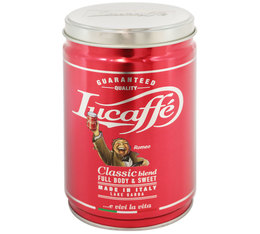 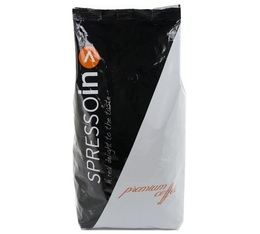