Brand :    La Semeuse
Discover La Semeuse's specialty coffee with the Volcano coffee beans. Blend of rare and precious terroir coffees: an Arabica of the “Pampojila” plantation in Guatemala and an exceptional Rwandan washed Robusta. The Robusta’s vigour mingles delightfully with the Arabica’s vivacity, affording a remarkable aromatic intensity with notes of chocolate and berries. An exceptional coffee distinguished by its pronounced body. 20 ESE pods 44mm.

Red Caturra is produced at the “Pampojila” plantation in Sololá, Guatemala. Planted not far from Atitlan volcano, the farm benefits from rich volcanic soil in the heart of a natural reserve – a considerable advantage when it comes to growing coffee trees.
After a devastating tropical storm in 2012, producer Alex Herrera was able to breathe new life into the plantations and launch sustainable, responsible, and socially viable production practices. Thanks to his raw passion and determination, he now owns a remarkable coffee plantation specializing in polyculture.
Today, throughout the plantation sitting at an altitude between 1470 and 1720 meters, 250 hectares are dedicated to growing Caturra coffee trees and another 250 hectares serve as a natural reserve.
In addition to producing coffee for over 100 years, Alex also organically farms macadamia nuts, honey, and quinine.

The Coko terroir, birthplace of Mister Kong, is found in the northern province of Rwanda, in the district of Gakenke.
The northern province of Rwanda hosts a large coffee producing region where many washing stations were created. The area contains several thousand producers, each with a plot of land. The altitude above 1600m is ideal for the blossoming of coffee trees. Some native forests have been preserved and several treks are available around the Visoke volcano, offering a great opportunity for gorilla spotting.

Coming from a family of peddlers from the Alsace region of France, Marc Bloch founded La Semeuse in 1900 , specialising in the import and distribution of groundnut oil.

It was only a few years later that La Semeuse diversified into the world of coffee roasting.

After the Second World War, they stopped importing oil and devoted all their energy and dynamism to importing, roasting and distributing coffee. 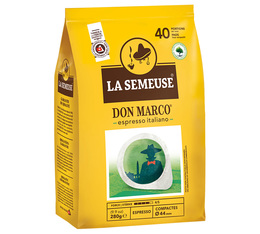 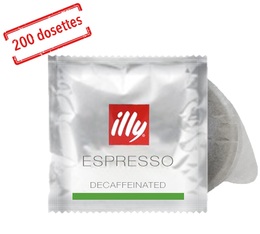 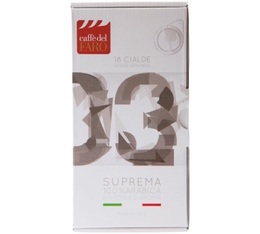